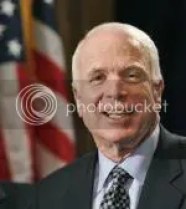 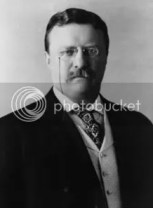 I count myself as a conservative Republican, yet I view it to a large degree in the Theodore Roosevelt mold

So, now some fine media outlets are starting to make the comparison between John McCain and TR. McCain is basically making the case that he’s a conservative, but he believes in an active government to take on climate change as well as a strong foreign policy.

From a policy perspective, there are similarities. Like McCain TR also firmly believed in a strong foreign policy, and many saw him as the driving force behind the Spanish-American war. Some even took it further and called him a warmonger.

TR was also known for protecting the environment. As President, he set aside large swaths of land in Wyoming that eventually became Yellowstone National Park. When we took a family road trip to Yellowstone last summer, we saw the Roosevelt Arch at the north entrance which reads “For the Benefit and Enjoyment of the People”.

But there is one important thing that McCain could learn from TR….ENTHUSIASM! 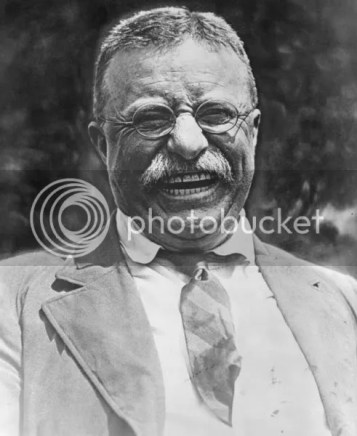 TR virtually oozed enthusiasm from every pore! He couldn’t give a speech without firing up the crowd and snapping his teeth at every word. Any guy who hunts bears, boxes in the white houses, gives speeches after getting shot, and runs around the Lincoln monument at midnight while packing heat has got a lot of enthusiasm for life.

While John McCain on the other hand, can’t seem to get through a speech without putting people to sleep. You know it’s a bad sign when Stephen Colbert has a regular segment on his show called “Make McCain Exciting” where viewers can take video of McCain in front of a green screen and splice in something to make him more interesting.

So McCain, if you’re reading my Everyday Excellence blog, you’ve got some great policy ideas but let’s follow the TR model all the way through and step up the enthusiasm. I hear TR drank 3 pots of coffee a day. That might be worth a try…

2 thoughts on “Is McCain the Next TR?”