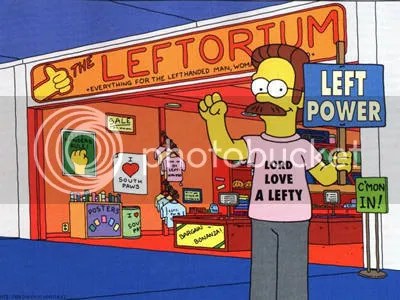 There is one thing we can say for certain about our next president — he will be left-handed! Both Obama and McCain are southpaws.

In fact, John Edwards, Bill Clinton, Al Gore, Ross Perot and George W Bush are lefties as well. According to some, Ronald Reagan is also left-handed (not sure exactly how that point could be under debate)…

I’m glad to see my lefty brethren making such a good showing in recent presidents and candidates. So, now the question is what makes lefties so special? For that, we turn to the experts quoted in Wikipedia:

In his book Right-Hand, Left-Hand,Chris McManus of University College London argues that the proportion of left-handers is rising and left-handed people as a group have historically produced an above-average quota of high achievers. He says that left-handers’ brains are structured differently in a way that widens their range of abilities, and the genes that determine left-handedness also govern development of the language centers of the brain.

So it’s all about that left-handed brain structure! Another study has a different take:

One theory divides left- and right-handed thinkers into two camps: visual simultaneous vs. linear sequential. According to this theory, right-handed people are thought to process information using a “linear sequential” method in which one thread must complete its processing before the next thread can be started. Left-handed persons are thought to process information using a “visual simultaneous” method in which several threads can be processed simultaneously.

Aha! It’s that ability to multitask that trumps those rotten righties. Whatever it is, at least that makes up a little bit for forcing us to use right-handed scissors for so long. 😉

Lastly, don’t forget to suck up to your favorite lefty this Aug 13th on left-handed day. Thank goodness we finally got our own day! I was feeling so oppressed. 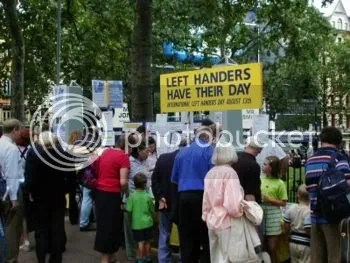